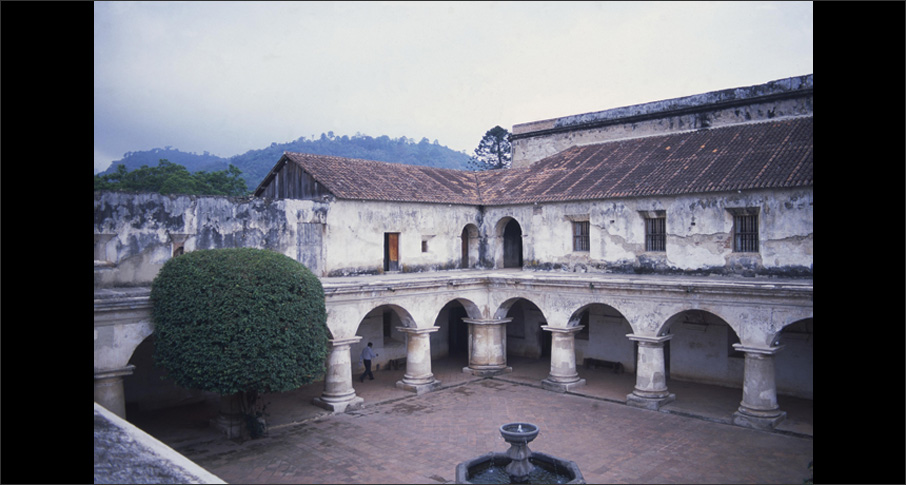 This is the peaceful inner courtyard of one of Antigua’s many convents. Surrounding it on the first floor are the communal rooms in which the Capuchin nuns worked, ate, and prayed together. Through a grille separating their chapel from the adjacent church, the cloistered nuns heard mass. And on the second floor were their individual cells. This architectural pattern, with open-air arcades surrounding central large patios, was the standard for convents and monasteries throughout Spanish America. The architect accommodated this general design to Guatemala’s seismic environment by using the thick squat columns and low arcades seen here.

Since most nuns in urban convents like this one were daughters of affluent families, their cloistered dwellings could be quite comfortable. This convent complex is distinguished by a ring of cells around a circular patio, a form unique to Spanish America. It may have been a dormitory for novices and had built-in latrines. While Las Capuchinas seems to have been an attractive place for nuns, this convent in Antigua was only occupied for about 40 years, before the earthquake of 1773 led to its abandonment.