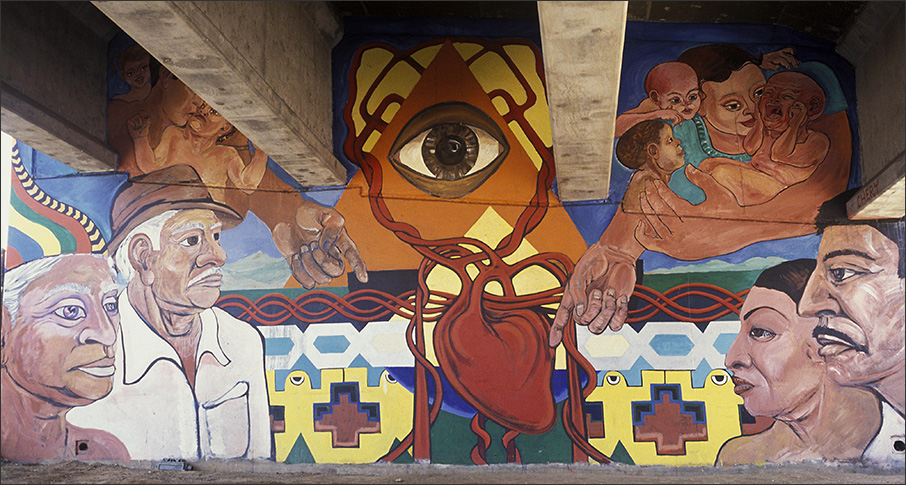 One of the most ambitious mural projects in the United States is Chicano Park, a public park in San Diego, California. It honors the complexities of Chicano history, a history forged through interactions among indigenous, Spanish, Mexican and Anglo-American peoples. This particular image from the mural cycle evokes the cultural mixing that has, from colonial times to the present, transformed the Americas. Its central focus is the Sacred Heart, both a common Catholic image and a reference to Aztec worship. The painted blood-lines of this heart bind families together across generations. The eye that hovers above refers to both a well-respected local community healer and the universal awakening of human awareness.

Chicano Park was created in the 1970s and 1980s, when artists and local volunteers painted over 40 monumental images in vivid colors on the undersides and pylons of a major new bridge, transforming an unwelcome cement structure that sliced through the community into a canvas for art. The resulting murals reclaim this architecture for the local community. In their use of multivalent images to give visual form to Chicano identity and history, the murals also echo the creative reworking of cultural traditions that engaged artists and other residents of Spanish America centuries before.