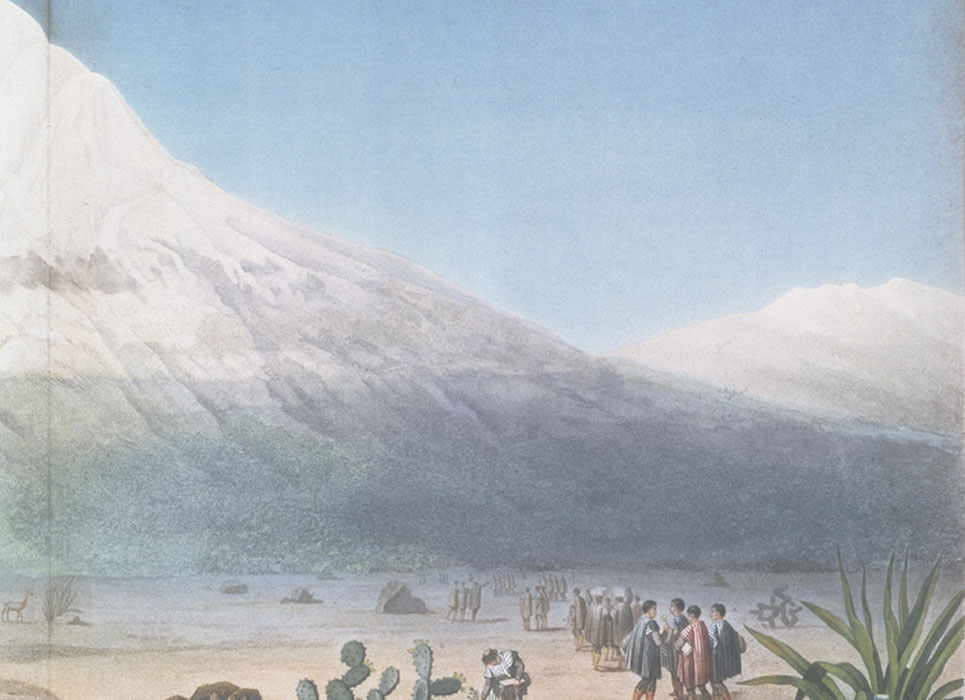 
Vistas is organized around six broad themes that capture both the distinct patterns of the regions’ cultures as well as their commonalties with other parts of the early modern world.

Making Sense of the Pre-Columbian addresses how the early modern societies in both the Americas and Europe responded to an indigenous past and created its history.

Reckoning with Mestizaje delves into the diversity of the visual and daily culture of Spanish America, with its admixture of indigenous, European, African and Asian elements.

The Political Force of Images considers how images and civic spaces, from royal palaces to indigenous communities, sustained claims to political power.

Patterns of the Everyday looks at daily objects and spaces, considering the ways in which spaces were occupied by men and women of different social and economic statuses.

The Mechanics of the Art World confronts questions of economics, along with the materials and techniques of making objects and fine art.

Otherworldly Visions takes up the spiritual and imaginary worlds that people produced and experienced across Spanish America.

Chimborazo seen from the Tapia Plateau, Voyage of Humboldt and Bonpland, 1810. Alexander von Humboldt. © The British Library Board, 148.i.1 Plate XXV. London, UK.

Inset details, from left to right, top to bottom: